A Brief History of the Amazons

- Women Warriors in Myth and History 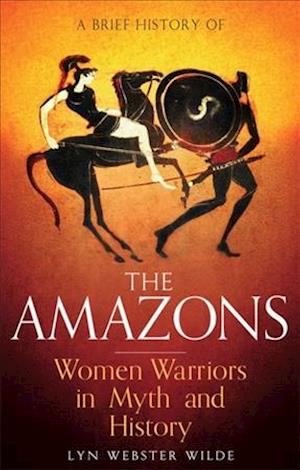 'Golden-shielded, silver-sworded, man-loving, male-child slaughtering Amazons,' is how the fifth-century Greek historian Hellanicus described the Amazons, and they have fascinated humanity ever since. Did they really exist? For centuries, scholars consigned them to the world of myth, but Lyn Webster Wilde journeyed into the homeland of the Amazons and uncovered astonishing evidence of their historic reality.North of the Black Sea she found archaeological excavations of graves of Iron Age women buried with arrows, swords and armour. In the hidden world of the Hittites, near the Amazons' ancient capital of Thermiscyra in Anatolia, she unearthed traces of powerful priestesses, women-only religious cults, and an armed, bisexual goddess - all possible sources for the ferocious women.Combining scholarly penetration with a sense of adventure, Webster Wilde has produced a coherent and absorbing book that challenges preconceived notions, still disturbingly widespread, of what men and women can do.

Forfattere
Bibliotekernes beskrivelse The true story of the famous female warriors, long thought to be mythical