- The Brilliant Bruce Bairnsfather and the First World War 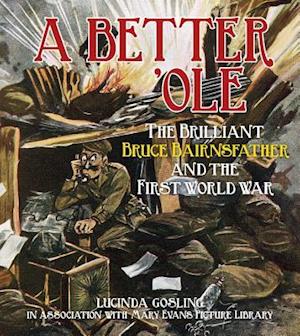 A stunning color tribute to a popular World War I cartoonist

Bruce Bairnsfather was the most loved and remains the most famous cartoonist of World War I. His mix of stunning images and wry, humorous captions have shaped how many see the war. Captain Bruce Bairnsfather joined the Royal Warwickshire Regiment in 1914 and served with a machine gun unit until 1915 when he was hospitalized with shell shock after the Second Battle of Ypres. As he recovered, he revisited the trenches from his hospital bed through his amusing and richly detailed cartoons, which were published in the Bystander and he became one of the British Tommies' favorite cartoonists of the war. He then became well-known in America during World War II.

Forfattere
Bibliotekernes beskrivelse The much-loved Captain Bruce Bairnsfather was the most popular cartoonist of the First World War, who captured the spirit and stoicism of the typical British Tommy in his cartoons for The Bystander magazine. 150 Illustrations, black and white