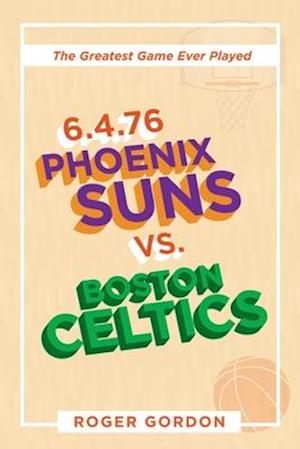 What makes a great basketball game? Talented players. Great shots. Amazing passes. Slick moves. Tremendous hustle. A large lead. A fantastic comeback. An overtime period. Another overtime period. Yet another overtime period. A sellout crowd in a celebrated arena. Fans rushing the court. One of those fans attacking an official. A National Basketball Association game between the Phoenix Suns and Boston Celtics 45 years ago had all of those things and more. This is the story of what is widely regarded as "The Greatest Game Ever Played," Game 5 of the 1976 NBA Finals. In 1996, Classic Sports Network (now ESPN Classic) polled NBA writers, and they voted the contest as the greatest single game in the then 50-year history of the league. Played exactly one month before the nation's bicentennial celebration, the game began just after 9 p.m. on Friday night, June 4, but due to its length, spilled over into Saturday, June 5. It was played in the historic Boston Garden before a crowd of 15,320. The Celtics won 128-126 in triple overtime. There were so many twists and turns during the game. The Celtics had greats like John Havlicek, Dave Cowens, Jo White, and ex-Sun Charlie Scott. The Suns were led by Gar Heard, Paul Westphal, and Rookie of the Year Alvan Adams. There were many thrilling NBA games prior to June 4, 1976, and there have been many since, but I believe this Phoenix-Boston classic will continue to stand the test of time as "The Greatest Game Ever Played."