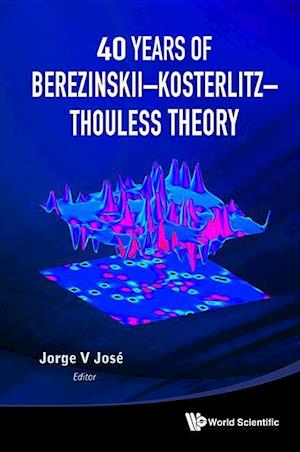 On the 40th anniversary of the Berezinskii-Kosterlitz-Thouless Theory (BKT), this informative volume looks back at some of the developments and achievements and varied physics applications which ensued from the beautiful BKT vortex-unbinding seminal idea.During the last four decades, BKT theory, which is undeniably one of the most important developments in condensed matter and theoretical physics of the second half of the twentieth century, has expanded widely. It has been used and extended from many different theoretical and experimental perspectives. New and unexpected features have been uncovered from the BKT theory. Since its inception, apart from applications in condensed matter physics, the theory has been actively applied in other branches of physics, such as high energy physics, atomic physics, nuclear physics, statistical physics, nonlinear systems, etc. This makes the theory an indispensable topic for all who are involved in physics.An international team of experts, each of whom has left his mark on the developments of this remarkable theory and experimental applications, contribute both historical essays and more detailed current technical and experimental accounts to this volume. These articles highlight the new discoveries from the respective authors' perspectives.This unique volume celebrates the impact over four decades of the BKT theory on modern physics. In addition to the historical perspective provided by Kosterlitz and Thouless's overview, the volume provides a comprehensive description of experimental and theoretical applications and extensions of the BKT theory.