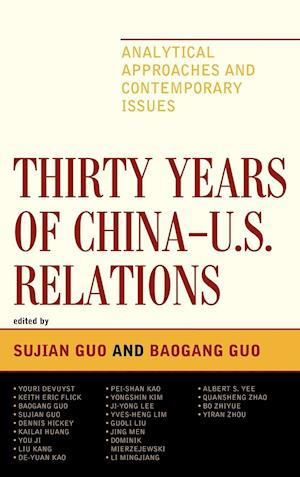 The year 2009 marks the 30th anniversary of normalization of Sino-U.S. relations. Over the past 30 years, the bilateral relations have developed by twists and turns. It is not until recent years that some stability and forward-looking exchanges have returned to the central stage, albeit tension, grievances, and mistrust continue to persist. Washington has encouraged China to become a "responsible stakeholder" in the world affairs, while China has urged the U.S. to work with China to build a "harmonious world." Both sides want to work together to solve their differences through dialogs and negotiations. In the wake of the worldwide financial crisis of 2008-2009, China has contributed greatly in financing the crumbling U.S. financial market and lent a helping hand in stabilizing the world economy. Nevertheless, the foundation of the relationship remains very fragile and the long-term prospect for a constructive cooperative relationship is still full of uncertainties. For many Americans, China's increasing global reach and growing political and economic influence constitute the greatest challenge to world dominance by the United States. As a result, some perceive China's rise as a threat to Americans' core national interests. The recent changes in the global geostrategic landscape and economic interdependence have suggested that some new ideas, factors, conditions, and elements are shaping the relations between the two countries. The task of Thirty Years of China-U.S. Relations: Analytical Approaches and Contemporary Issues is to explore these factors, issues, and challenges and their impact for the bilateral relations in the 21st century.