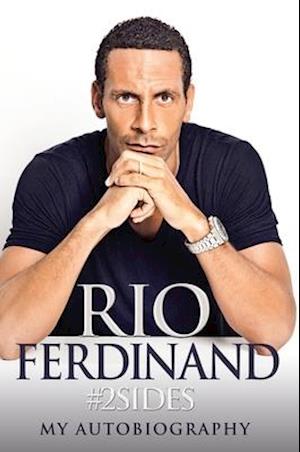 Rio Ferdinand is one of the finest footballers of his generation - a born winner and one of the game's greatest stoppers. Full of outstanding stories and forthright opinions, #2Sides sees Rio reflect on his unique rise to the top of the game:- Cutting his teeth in the West Ham youth teams and becoming captain of Leeds United at the age of 22 - His record-breaking transfer to Manchester United that made him one of the most revered centre-backs in world football - On life under Sir Alex Ferguson and how winning became a habit- On Cristiano Ronaldo, Lionel Messi and why Paul Scholes is the greatest player ever to grace the Premier League With a Foreword by Harry Redknapp, #2Sides is a superb retrospective from one of the most outspoken voices of England's golden generation.

Forfattere
Bibliotekernes beskrivelse Rio Ferdinand is one of the finest footballers of his generation - a Champions League and Premier League-winning centre back who began life as an ambitious kid on the council estates of south-east London only to grow into one of the game's greatest stoppers.