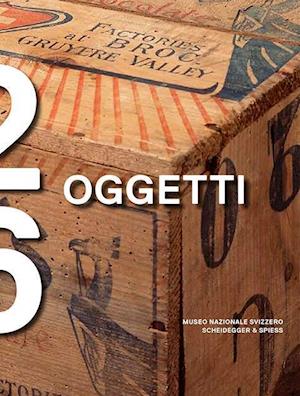 The Swiss National Museum's permanent collection reflects Switzerland's history from pre-historic times until the present day. Each object also represents the location where it was found or made; the people who made or used it; a trade or profession; a personal or regional identity. Published to coincide with the opening of the new extension of the Landesmuseum in Zurich, Swiss National Museum's oldest and largest site, 26 Things features as many highlights from its collection, one from each of Switzerland's cantons. The selection ranges from a Celtic gold bowl from ca. 1500 BC (Zurich) to a miniature electro motor that propelled NASA's Mars rover Spirit in 2004 (Obwalden). It includes Switzerland's first snow gun of 1978 (Grisons) as well as a medieval Madonna sculpture (Valais) or a clock made in 1796 that once belonged to Napoleon (Neuchatel). The beautifully designed small book offers a varied Swiss panorama, taking the reader all around the country's twenty-six cantons, each with its own history and cultural identity.