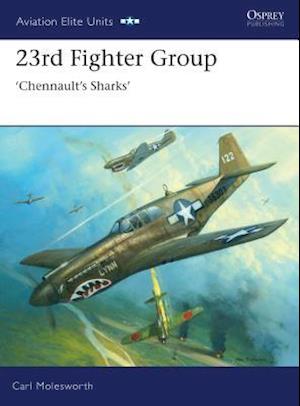 Famous for the fearsome sharksmouths that adorned their planes, the 23rd FG fought a guerrilla war against the Japanese, steadily moving pilots and aircraft from one remote air base in China to another to keep the enemy off balance. Because China could only be supplied by air from India, there were constant shortages of aircraft, fuel and ammunition with which to contend. The 23rd FG met these challenges head-on, and by the end of the war its pilots had compiled a score of 594 aerial victories and nearly 400 ground kills. The human cost was high, however - 126 pilots lost their lives in China while serving in the 23rd.