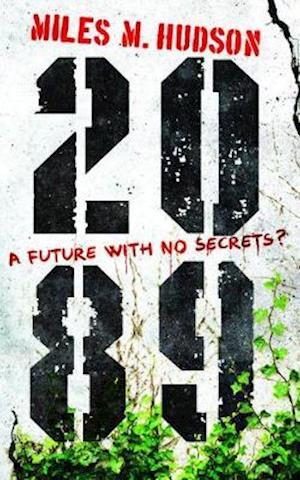 The year is 2089, and technologists have developed a system for remotely tapping into the optic and auditory nerves of all humans. Everything that people see and hear is detected and published publicly online; nothing can be secret. It is the ultimate surveillance society. After the devastating Times of Malthus though, that's what the people wanted - we chose to be watched at all times.Jack Smith, one of the surveillance monitors, blows up the old GCHQ building in Cheltenham, destroying the surveillance computers. He goes on the run across post-apocalyptic Gloucestershire, with old friend Vicky Truva. The two are chased by a ragtag posse, including Vicky's brothers, intent on bringing the apparent revolutionaries to justice. However, the fugitives have the advantage that the information and surveillance network is down.Can Jack and Vicky evade capture, and survive hunger and thirst on the River Severn, for long enough that the people will realise how much better their lives are without the surveillance? Or will they be caught and convicted as the worst terrorists in fifty years?

Forfattere
Bibliotekernes beskrivelse A revolutionary on the run from a brain-bugging surveillance society. How would we come to live if there could be no secrets: utopia or dystopia?