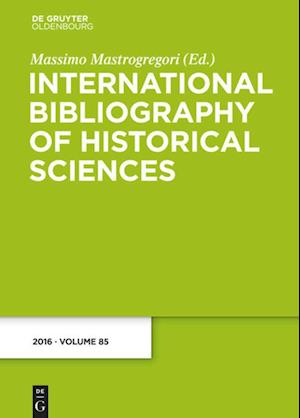 Every year, the Bibliography catalogues the most important new publications, historiographical monographs, and journal articles throughout the world, extending from prehistory and ancient history to the most recent contemporary historical studies. Within the systematic classification according to epoch, region, and historical discipline, works are also listed according to author's name and characteristic keywords in their title.

The large Editorial Board of IBHS is interdisciplinary and multinational, reflecting the composition of the research community the journal will serve. This breadth of languages ​​and countries represented is an important sign of continuity in a publication characterized since from its origins by a broad sight and a collective work.