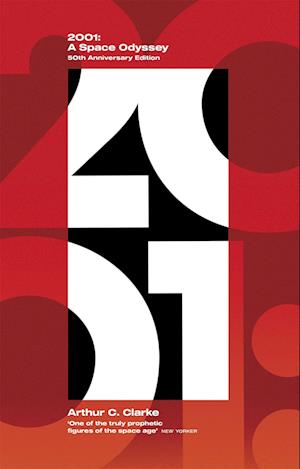 Written when landing on the moon was still a dream, and made into one of the most influential films of all time, 2001: A SPACE ODYSSEY remains a classic work of science fiction fifty years after its original publication. The discovery of a black monolith on the moon leads to a manned expedition deep into the solar system, in the hope of establishing contact with an alien intelligence. Yet long before the crew can reach their destination, the voyage descends into disaster . . . Brilliant, compulsive and prophetic, Arthur C. Clarke's timeless novel tackles the enduring theme of mankind's place in the universe.Praise for Arthur C. Clarke:'The king of science fiction . . . His influence continues to inform the genre' Guardian'Arthur C. Clarke is awesomely informed about physics and astronomy, and blessed with one of the most astounding imaginations ever encountered in print' New York Times'Arthur C. Clarke is one of the truly prophetic figures of the space age . . . The colossus of science fiction' New Yorker 'Dazzling' Time