indgår i serie Quite Interesting 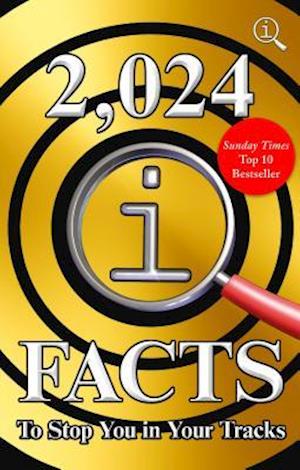 *THE SUNDAY TIMES TOP TEN BESTSELLER* 'I love these books ... the best books ever. Brilliant' Chris EvansA bumper final edition of the most surprising, amazing, and hilarious facts on the planet from the clever-clogs at QI. QI is the smartest comedy show on British television. Here creator John Lloyd and QI Elves James Harkin and Anne Miller bring together 2,024 brain-tickling brand new facts to stop you in your tracks... Did you know that: Humans glow in the dark. The Pope drives a blue Ford Focus. One of the moons of Uranus is called Margaret. Scottish football referees are sponsored by Specsavers. Dogs visiting US National Parks can be certified as Bark Rangers. The world's smallest computer is smaller than a grain of sand. Candyfloss was invented by a dentist. Nobody knows who named the Earth.