1964 Flood of Humboldt and Del Norte 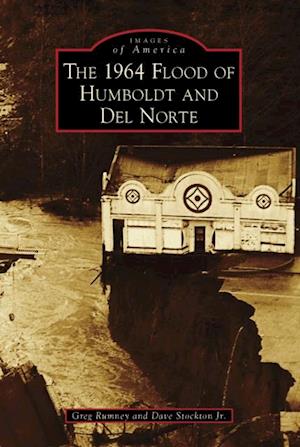 The 1964 flood in the Eel and Klamath Rivers drainages represents an extreme weather event. Both the Northern California and Southern Oregon coasts are host to many floods, but the 1964 flood stands out as a representation of the 'perfect storm.' Three events occurred that led to the flood. First, a cold front moved in and dropped several feet of snow. Second, a warm front called the 'pineapple connection' moved in and released lots of rain while melting the snowfall--local measurements varied from 20 to 32 inches of rainwater in three days. And third, the highest tide of the year had backed up debris and water for several miles. At its peak, the Eel River was discharging more than 800,000 cubic feet per second. Another contributing factor was that besides being one of the fastest rising and falling rivers in the world, the Eel River has the heaviest sediment load second only to the Yellow River in China.