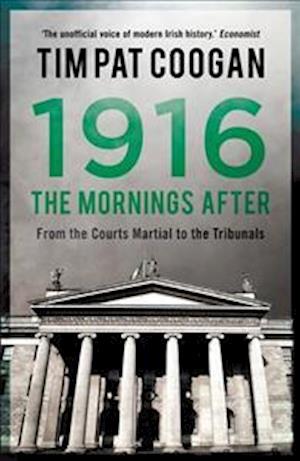 The 1916 Easter Rising and its aftermath changed Ireland for ever. The British government's execution of 14 republican rebels transformed a group hitherto perceived as cranks and troublemakers into national heroes. Those who avoided the British firing squads of May 1916 went on to plan a new - and ultimately successful - struggle for Ireland's independence, shaping their country's destiny for the century to come. But what sort of country did they create? And to what extent does post-1916 Ireland measure up to the hopes and aspirations of 'MacDonagh and MacBride / And Connolly and Pearse'? Best-selling historian Tim Pat Coogan offers a strongly personal perspective on the Irish century that followed the Rising - charting a flawed history that is marked as much by complacency, corruption and institutional and clerical abuse, as it is by the sacrifices and nation-building achievements of the Republic's founding fathers.

Forfattere
Bibliotekernes beskrivelse The story of the traumatic aftermath of Ireland's Easter Rising of 1916, and of the emergence of two Irish states - one green, one orange - from the embers of bloody conflict.