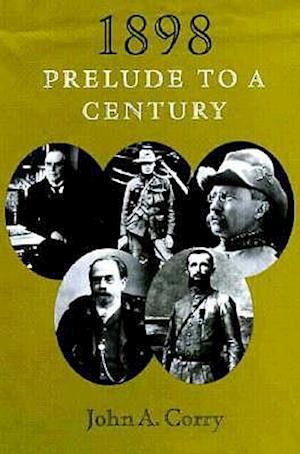 1898 was the year in which the United States first became a world power. In a decisive victory in a war with Spain lasting less than four months, it acquired territories in the Caribbean and Pacific, and positioned itself so that the Twentieth Century became to many "The American Century." This was not the only way that 1898 set the course for the next hundred years. The year also saw the first flowering of the "special relationship" between the United States and Great Britain that so significantly influenced the next century. By contrast, the mecurial Kaiser William II's decision to expand the German navy together with Germany's rejection of an English effort to foster better relations set the two countries on a collision course that eventually led to war. Meanwhile the resolution of a dramatic confrontation between England and France in the southern Sudan led the two countries to end their long-standing colonial rivalry and later join as allies in two World Wars. Finally, the turmoil created by France's Dreyfus Affair evidenced the strong anti-Semitism in supposedly enlightened Western Europe that foreshadowed the Holocaust. It tells the story of the larger-than-life Theodore Roosevelt as he put the American navy on a war footing, led his Rough Riders up San Juan Hill, and waged a tumultuous "whistle stop" campaign to win election as New York's Governor. Other memorable characters include the cautious President William McKinley, whom events transformed into a committed imperialist, the ambitious twenty-three-year-old Winston Churchill, who emerged for the first time as a public figure, novelist Emile Zola, who exiled himself from France to escape imprisonment for his accusations inthe Dreyfus case, and the intrepid Captain Jean-Baptiste Marchand, who led a small French contingent through more than three thousand miles of African wilderness only to be ordered home from his post on the Upper Nile.