indgår i serie Camera on 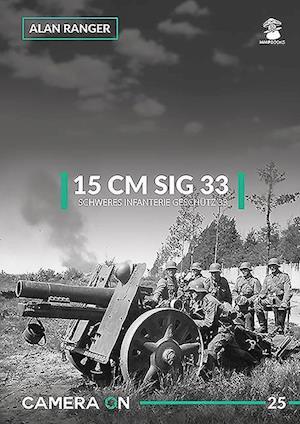 This latest photo album in the ""Camera On"" series showcases the standard German heavy infantry gun used in the Second World War. The 15 cm sIG 33 (Schweres Infanterie Geschutz 33, ""Heavy Infantry Gun"") was the largest weapon ever classified as an infantry gun by any nation. Early production models were horse-drawn, with wooden wheels. Later production models had pressed steel wheels, with solid rubber tyres and air brakes for motor towing. In this volume the author provides a detailed impression of these artillery pieces through original photographs, taken both during and before the war by the normal German soldiers who both used and served with these now classic weapons.