111 Places in Hamburg That You Shouldnt Miss 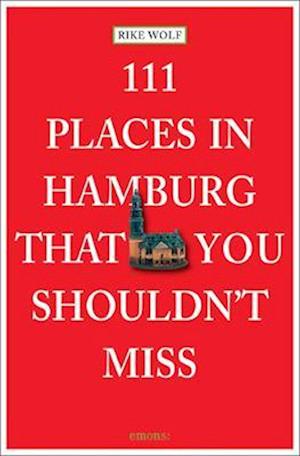 Hamburg, Germany's second-largest city, was always one of Europe's biggest harbours. So it's no wonder that sailors yarns and, on the other hand, merchants fantasies have left their traces in the granary district, on the Reeperbahn, in the sailors churches, in captains' houses in Blankenese and on the mudflats; yearning has always been at home here. But Hamburg is more than seagulls and salty air: it s high time to discover where there are petrified old Swedes, 1,000 year-old oaktrees, and 14,000 year-old residential settlements; from where millions of people emigrated by boat to America in the 19th century, where and how ships get into bottles, where John Lennon was seen in person, where half-timbered houses from the 17th century still stand, which supermarket shelters Jewish graves, which former Nazi bunker now harbours a Portuguese restaurant, where there is a monument to the conflagration of 1943, which building is reminiscent of Turkish cucumber salad in hot sauce, the name of the pirate whose authentic skull can be viewed here, or which tower looks just like a veritable T-Rex: all this is Hamburg.

Forfattere
Bibliotekernes beskrivelse Essential information for visiting Hamburg, and places not to miss.