- The Story of a Patriot by Upton Sinclair, Fiction, Classics, Literary 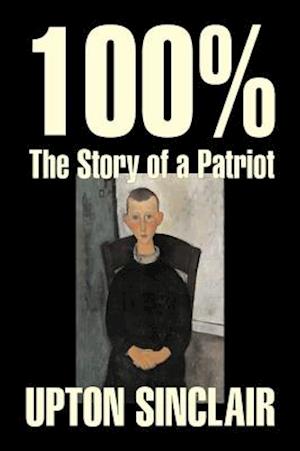 Sinclair, the prolific socialist author who is best-remembered for his groundbreaking 1906 fictional expose of labor abuses and the American meat-packing industry, The Jungle, began by writing jokes and juvenile adventure stories to finance his education at the City College of New York. Although born to an aristocratic Southern family, Sinclair's father was an alcoholic, so the family's fortunes varied wildly during his youth. A remarkably successful socialist candidate for Governor of California in the 1930s, many of Sinclair's novels revolved around his social concerns. Just as The Jungle was a masterpiece of "muckraking" journalism that led to initial regulation of food safety in the United States, novels like 100%: The Story of a Patriot were fictional responses to Sinclair's real-life social and economic concerns. 100% tells the story of Peter Gudge, a poor young man who becomes embroiled in industrial spying and sabotage.