100 Things 76ers Fans Should Know & Do Before They Die 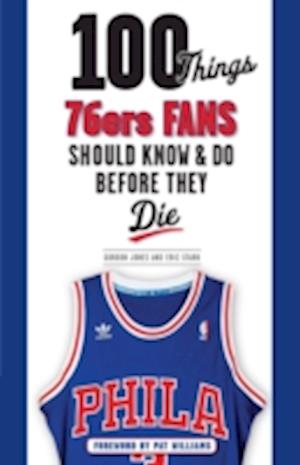 This book reveals the most critical moments and important facts about past and present players, coaches, and teams that are part of the storied history that is 76ers basketball. Scattered throughout the pages are superstars, records, and Sixers lore to test any fan's knowledge, from the franchise's beginnings as the Syracuse Nationals before moving to Philadelphia in 1963 to the NBA Champion Sixers teams: 1966-1967 led by Wilt Chamberlain and 1982-1983 led by Julius Erving and Moses Malone. It also includes profiles of unforgettable personalities such as Billy Cunningham, Allen Iverson, and Maurice Cheeks. Whether for a die-hard fan from the early days of Chamberlain and Dr. J or a new supporter of Jrue Holiday, this book contains everything 76ers fans should know, see, and do in their lifetime.